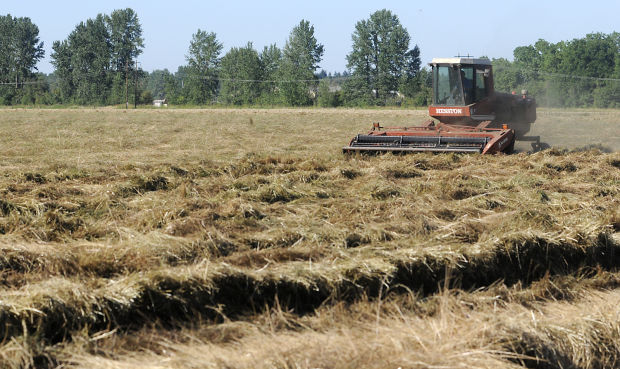 Little did Tangent-area farmer Forest Jenks know when he planted the first commercial ryegrass crop in the mid-valley in 1921 that nearly 100 years later, grass seed would be sold around the world and that Linn County would be known as the “Grass Seed Capital of the World.”

For for more than 90 years, Linn County farmers have produced grass seed that is coveted for everything from golf courses to farm pastures.

The mid-valley’s temperate climate and wet winters provide ideal conditions for both turf and forage grasses, resulting in annual combined sales of more than $300 million, Oregon’s fifth largest crop in terms of economics.

Turf grass seed is used for lawns, athletic fields and golf courses, including the fields in the World Cup soccer tournament being played now in Brazil.

By the 1940s, new grass varieties had been developed, and the industry blossomed.

Now, Oregon has an estimated 1,500 grass seed farmers, the majority of whom are based in Linn, Benton, Polk and Marion counties. They employ more than 10,000 people and there are nearly 400 seed conditioning plants throughout the Willamette Valley.

More than 500,000 acres of Oregon land is devoted to grass seed production, with more than 420,000 acres in the Willamette Valley.

Oregon State University is a major source of research for the grass seed industry, with much of that research conducted at the Hyslop Research Station between Albany and Corvallis.

The original article published in the Albany Democrat Herald on 7/1/14 can be found here.