Towns all across America are struggling with their budgets. The nation remains stuck in the worst economic recovery since the Great Depression. In states like New Jersey, Connecticut and Massachusetts household income actually fell last year. And retirees everywhere living on their savings are being hurt by near zero interest rates.

But the reality is that non-partisan studies have shown the exact opposite–natural grass fields are a bargain compared to artificial turf due to the huge costs taxpayers get stuck with to maintain and replace artificial fields after their warrantees expire. One of the artificial turf industry’s selling points is that an artificial turf field will last eight-to-10 years, even though the usual warranty runs for only eight, and that the initial exorbitant cost of installation is recouped in no time from tens of thousands in savings from no longer maintaining a natural grass field. Another way proponents of artificial turf skew the math in their favor is by saying many more events will be held on the field once artificial turf is installed, thereby lowering “the cost per event” on the field relative to natural grass. But who knows if that math is based on reality (the fields in my town, Glen Rock, New Jersey, are often vacant)? How can anyone accurately predict the future demographics of a town? 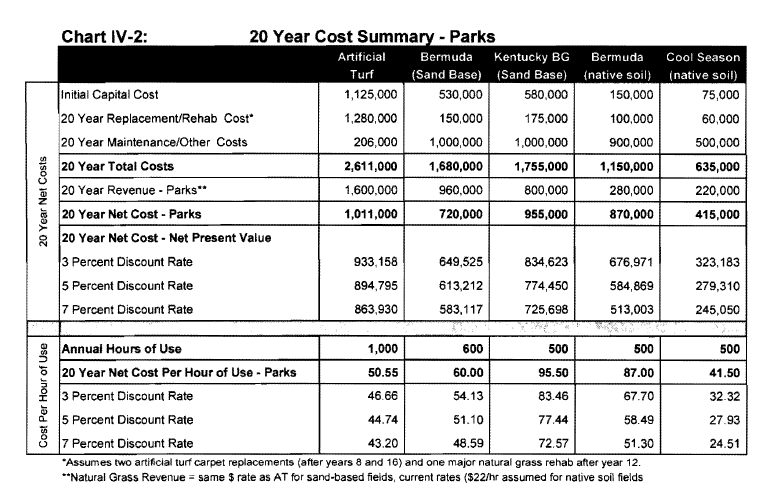 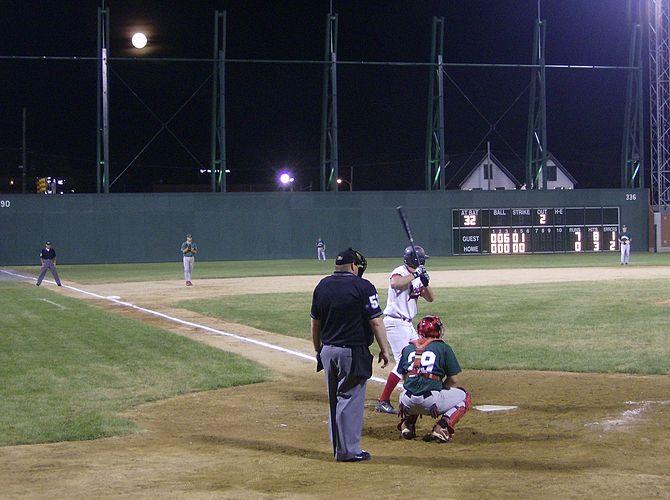 Comment from FieldTurf: “FieldTurf has always been and will always be committed to the quality of our product and the highest levels of client service.  We stand by our warranties, and in the rare cases that there is a quality issue we work to make it right – period.

We have more than 5,000 fields in place in the United States, and in terms of the handful of cases pointed out here from your source, almost all of them have either been, or are in the process of, being settled amicably.  Many times this means we replace the turf in accordance with the terms of the warranty or allow the client to upgrade to a newer model at a significant discount.

In terms of cost, the facts speak for themselves.  We encourage all potential customers to run the numbers and take a hard look at the financial realities – and the fact that there are more than 10,000 turf fields in the U.S. demonstrates that the result is often recognizing the benefits of turf.  Given major issues such as population growth, declining city infrastructure, and water shortages, ignoring or discounting the importance of considering the usage rate and “cost per use” of artificial turf vs. grass simply doesn’t make sense.”

The fallacy in all this has to do with the concept of “saving” from maintenance of natural grass fields. Even if the budget shows an amount for the maintenance of a natural grass field, the chances are that the amount is not spent on the field. Tax revenue is fungible. Anyone who claims that there are “savings” needs to show how much in reality has been spent on the field in any given fiscal year going back ten years. What this also does not tell is that the savings, assuming there is any real savings, pays only for the initial installation; the savings do not pay for the replacement of the field in eight to 10 years, or perhaps longer.

But since artificial town fields are a new phenomenon, many taxpayers who voted for artificial fields are only now finding out their real cost. One of the many cautionary tales I found during my research was so alarming it was covered by a local news broadcast. It shows how the replacement costs of two artificial fields at different high schools in Missouri had to be replaced at a huge expense because they had tears and balding spots of turf.

I only began to research the subject of turf field costs when I went to a public meeting in my town, where the council wants an artificial turf field to replace our grass field despite the fact that Glen Rock is replete with vacant stores, debasing tax revenue from businesses. We recently had our debt rating downgraded. And an artificial turf field installed at our high school just a few years ago went way over budget due to a debacle involving contaminated soil, and is already showing signs of wear and tear.

At the town meeting, there were two members of the company that is going to install the turf field also present. The turf field guys, mayor and every council member, except for one, were for the artificial turf field, and the council approved a $3 million bond. But they used such nonsensical financial analysis many residents, including myself, have become suspect (an honest summary comparing the costs of an artificial turf field with a natural grass field could be done with four numbers: the total cost of each type of field over a 10 and 15 year period).

If the artificial turf guys invade your town, make sure you get an honest count. The citizens of Glen Rock still have not gotten one.