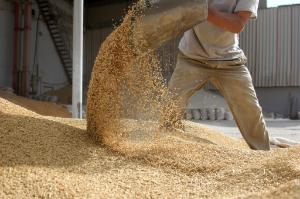 A draft EU law that would enable any EU member state to restrict or prohibit the sale and use of EU-approved GMO food or feed on its territory was rejected by the European Parliament on Wednesday. Members are concerned that the law might prove unworkable or that it could lead to the reintroduction of border checks between pro- and anti-GMO countries. They call on the Commission to table a new proposal.

“Today’s vote gave a clear signal to the European Commission. This proposal could turn on its head what has been achieved with the single market and the customs union”, said rapporteur Giovanni La Via (EPP, IT), whose recommendation to reject the proposal was approved by 577 votes to 75, with 38 abstentions.

“Over the last few months, serious concerns have been expressed about the lack of any impact assessment, the proposal’s compatibility with the single market, and also whether it is actually feasible. There was no evaluation of the potential consequences or of other available options”, he added.

“I believe that this proposal could have negative consequences for agriculture in the EU, which is heavily dependent on protein supplies from GMO sources. It could also have indirect negative effects on imports. Finally, there are concerns over whether this proposal could even be implemented, because there are no border controls in the EU”, he concluded.

The proposal, which would amend existing EU legislation to enable member states to restrict or prohibit the use of EU-approved genetically modified food and feed on their territory, was tabled by the EU Commission on 22 April 2015.

The Commission suggested that this proposal should be modelled on another EU law, on GMOs intended for cultivation, which entered into force in early April 2015. This allows member states to ban the cultivation of EU-approved GMOs on their territory.

But whereas cultivation necessarily takes place on a member state’s territory, GMO trade crosses borders, which means that a national “sales and use” ban could be difficult or impossible to enforce without reintroducing border checks on imports.

Read the original article from the Capital Press here.